A European holding company had been quite successful. In the four years since its foundation, it had created (or acquired) 15 subsidiaries all over Europe. Through a series of capital increases, its capital had multiplied by a factor 8500. And the shareholders had seen their shares more than triple in value in just four years time...

At the time, the company had been privately owned, by some 6000 private shareholders. The time was right for an IPO (Initial Public Offering on the Stock Market). This IPO was to coincide with a marketing campaign to launch a new brand name, for a new line of products, to be offered by the subsidiaries.

Preliminary research had pictured an interesting profile of both existing and potential shareholders. Close to 90 % of the existing shareholders were frequent internet users, as were most of the people that had shown an interest in acquiring shares in the company. An opportunity to use the Internet to its full advantage, and substantially reduce costs, arose.

The company's new web site would not only be used to provide information to these potential investors, as well as the existing shareholders, but also to the press, and even to the authorities that monitor the process of the IPO.

A task force of seven people was assembled: the marketing director of the holding company and his assistant, two copy writers and two graphic designers who had worked with the subsidiaries before, and an internet coordinator. Because these people were located in three different countries, face to face meetings were kept to a minimum, and a co-operation server with a dedicated extranet was used. The project management and financial supervision was jointly done by the marketing director and Lamiroy Consulting.

The project turned out to be a huge success story. In the overall campaign, a budget of approx. 50,000 € was allocated to the new web site (including the co-operation server). Through the online reservation of shares by existing shareholders alone, around 500,000 € was already saved on fees that did not have to be paid to stock exchange agents. That's a Return on Investment of approximately 1000 percent.

Additional cost savings were made on printing costs (as most people downloaded the prospectus, rather than asking to be sent a printed copy) and postage. 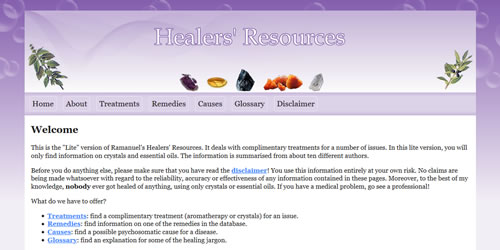